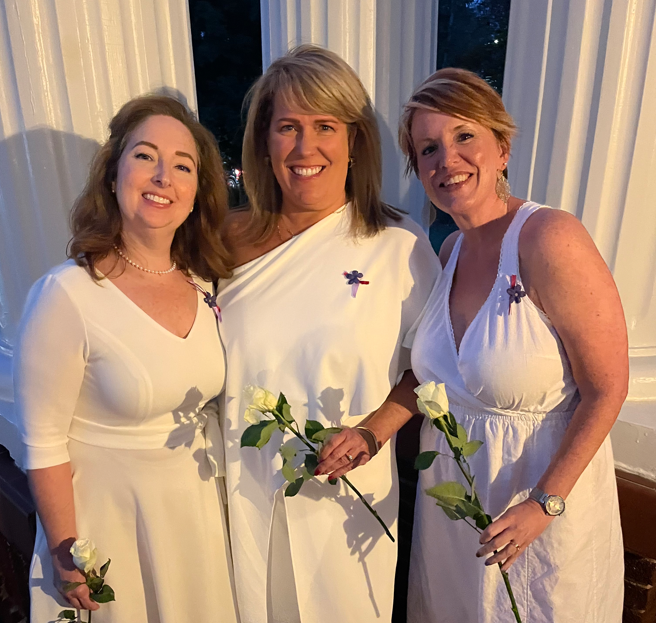 When they expressed their plans to the chapter, they were unsure of the response or the want they would find. Sigma Kappa was delighted that three mothers were interested in being a part of something entirely new to the chapter. Denise Blanks, Loren Miller, and Lori Brown were the first three mothers to ever be initiated into the Epsilon Epsilon chapter of Sigma Kappa, and they were able to share such a special initiation ceremony with their daughters and new sisters.

Madi Miller, a Sigma Kappa senior, said, “Having my mom being initiated into my chapter has meant so much to me. The fact that I am able to share this bond with her is something that I will not take for granted.”